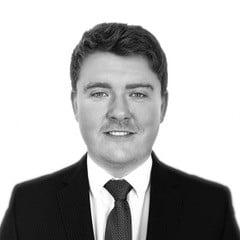 Peter joined Chambers in September 2019 following his successful completion of pupillage under the supervision of Mr Jonathan Duffy. During this time, he observed a wide variety of cases ranging from fraud and multi-handed drugs conspiracies to offences under the OAPA and Theft Act. Throughout his second six, Peter regularly appeared in the Magistrates’ and Crown Court and also the Family Court.

Prior to commencing pupillage Peter was an intern at the Arizona Capital Representation Project working on post-conviction death penalty appeals and life without parole cases for juveniles. He has since returned to assist in the hosting of the Bryan R. Shechmeister Death Penalty College at Santa Clara University, California, where teams from across the US are trained in every facet of capital defence on State and Federal level.

Peter acts for both the prosecution and defence in all matters of criminal law including:

He regularly appears in both the Magistrates’ and Crown Court conducting trials, sentences and appeals. Peter has often taken cases on at short notice and provides advice for both professional and lay clients.

Peter also has experience of representing vulnerable clients in fitness to plead proceedings.

He is currently a Level 2 CPS Panel Advocate.

Operation Brent (2021): Led Junior for a Defendant accused (and acquitted) of conspiracy to commit robbery, possession of firearms and s.18 GBH. The Defendant was accused of being part of a group who shot the Complainant twice in their home and took a number of guns from the property, along with other possessions. The Defendant was acquitted after the prosecution case following a successful Galbraith submission.

Since joining Chambers as a tenant. Peter’s practice includes:

“High Court’s ruling in Arizona death-row case could affect 19 others” for the Amicus ALI newsletter.

Peter enjoys rugby, football, walking his dog and socialising with friends and family.