Prosecuting and defending all types of criminal cases with particular experience in Homicide, fraud and money laundering and drug trafficking.

I will also accept instructions to represent alleged perpetrators of serious criminal conduct in child care proceedings in the Family Court.

1981: Elected to the Northern Circuit and joined 5 Castle Street Chambers in Liverpool

2000: Appointed Recorder authorised to sit in the Crown and County Courts.

2002 – 2006: Appointed to the Attorney General’s panel (A list) authorised to prosecute the most serious cases on behalf of Government departments. (Appointment relinquished automatically upon taking Silk)

2009: Approved to try serious sex cases in the Crown Court.

2016: Appointed Tutor-Judge to the Judicial College, participating in the continuing training of both full-time and part-time Judges.

In the first fifteen years of my practice I was engaged in all areas of the common law, and had particular experience acting in personal injury actions on behalf of the members of the National Union of Railwaymen and the Rail Marine and Transport Union. This work included accidents on rail road and sea, ranging from minor injuries to multiple fatality cases. By way of example, I acted for the families of two railwaymen who had been killed at work in both the inquest proceedings and the actions for damages.

By the mid 1990s my practice had become almost exclusively criminal and employment work.

Richard Pratt QC is head of chambers and is skilled as both prosecution and defence counsel for a range of criminal matters. He is particularly experienced in crimes of violence, including assault, manslaughter and murder.
Recent work: Prosecuted a 17-year-old for the murder of a family friend who he thought had sexually assaulted his mother.

Head of Chambers who is skilled as both prosecution and defence counsel for a range of criminal matters. He is particularly experienced in crimes of violence, including assault, manslaughter and murder.

Strengths: ” A very measured and capable advocate. He is extremely well regarded by the Judiciary; when he comes in, the robing room listens”.

Recent work: Prosecuted a woman who dumped a newborn baby in a hospital bin and stuffed tissue in its mount. She was charged with attempted infanticide.

“Head of chambers who is skilled as both prosecution and defence counsel for a range of criminal matters. He is particularly experienced in crimes of violence, including assault, manslaughter and murder.”

Strengths: “He is a confident performer and if the work is heavy and gruesome, you want Richard there fighting for you.”

Recent work: Instructed to prosecute a man accused of the rape and murder of an ex-girlfriend and the murder of her mother.

(Chambers and Partners 2018)
“Head of chambers and skilled as both prosecution and defence counsel for a range of crimes of violence, including assault, manslaughter and murder”

Strengths: “He is a very charismatic silk”

Recent work: “Successfully prosecuted the aunt and grandmother of a seven year old girl on charges of child cruelty and murder.”

“A Criminal barrister who prosecutes and defends in equal measures. He has acted in a number of high-profile cases involving homicides and corporate manslaughters”.

Strengths: “His client care is exceptional, he is a gifted orator and is respected by the court and appreciated by the client”

Recent Work: He appeared before the Court of Appeal in a case concerning the murder of a man who died the day after a fight. The convicted’s sentences were markedly reduced, to manslaughter adn affray, after the appeal.

“Handles serious crime matters for the defence and the prosecution. He demonstrates particular expertise in high-profile and sensitive criminal law cases.

Recent Work: Defended a man accused of playing a part in the masked fatal shooting of a businessman.

“Equally adept in the prosecution and defence of serious crimes such as fraud and murder” (Legal 500 2015) Ranked:tier 1 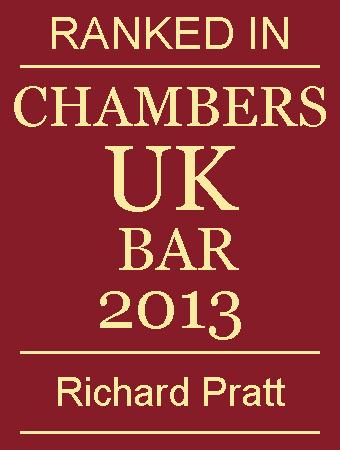 Over the years both as a junior and in silk I have prosecuted and defended in many cases of murder and manslaughter of which the following are a small sample.

R v Morgan Smith (2000) HL. Junior Counsel for the defendant in case which was at the same time a landmark case on the law of provocation.

R v RG (2005) Court of General Gaol Delivery, Douglas IoM. Counsel for the owner of the Solway Harvester (which capsized in the Irish Sea) charged with gross negligence manslaughter of the seven crew members who were lost.

R v M and S (2015) Nottingham Crown Court. Seven week trial prosecuting guardian aunt for murder of and child cruelty towards 7 year old girl. The defendant was co-accused with her mother in repsect of the child cruelty allegations.

R v TD (2017) Bolton Crown Court. Prosecuting man charged with murder by stabbing of popular local man who intervened after defendant had been violent to his sister in public.

R v CP (2017) Liverpool Crown Court. Prosecuting defendant who murdered female acquaintance before seeking to dispose of body by carrying her to remote spot and setting fire to her body.

Operation Satinleaf (2018) Leeds Crown Court. Defending one of two 15 year old boys, following investigation by the Counter Terrorism Unit charged with conspiracy to murder teachers and pupils at his school by shootings and explosions.

R v W (2019) Liverpool Crown Court  prosecuting man charged with manslaughter of his wife by gross negligence in failing to obtain medical assistance for her notwithstanding her obviously deteriorating condition.

R v A (2019-20) Liverpool Crown Court defending man charged with murder, relying on partial defence of diminished responsibility as he was suffering from paranoid schizophrenia. His plea of manslaughter was confirmed by the Jury’s verdict.

Operation V959 (2004) Manchester Crown Court. Prosecuted this early MTIC fraud firstly as junior Counsel and then as Leader upon the proposed retrial. The case involved far-reaching abuse of process arguments.

Operation Gelling (2005 – 2008) Manchester Crown Court. Represented Prosecution in the trial of six alleged money launderers arising out of the V959 trial. Case was prolonged due to incapacity of principal defendant and major abuse of process arguments.

Operation Valgus (2013) Mold Crown Court. Represented principal defendant in what was described as the largest mortgage fraud ever to be prosecuted in the UK. Trial lasted 5 months.

R v JM and Others (2017) Chester Crown Court. Prosecuting seven defendants (including company) in six week trial for conspiracy to defraud, arising out of a substantial and long-running car-ringing fraud.

Att. General of the IoM v W (2012) Conspiracy trial – represented  defendant who was charged with offences under the Representation of the Peoples Act in the Isle OF Man amounting to election fraud.

R v CM (2018-19) Southwark Crown Court. Represented MP charged with offences under the Representation of the Peoples Act alleging that he had made false declarations regarding his electoral spending in the 2015 general election.

As a junior, I represented defendants in most of the high profile drug trials in Liverpool Crown Court in the late 1990s and 2000s including Operations Ayres Rock, Kingsway, Top, Dolphin and Montrose. In silk, I prosecuted 13 Defendants charged with conspiracy to supply class A drugs.

R v A (2008) Liverpool Crown Court. Defending Police officer charged with corruption alongside local authority officers. Prosecution were ultimatley driven to offer no evidence in the face of abuse arguments arising out of disclosure issues.

Operation Leyden (2011). Prosecuting six defendants charged with conspiracies to supply firearms and to cause explosions with the distribution and use of hand grenades. Described by the Judge who ultimately passed sentence as ‘urban terrorism’

Prosecuting Authority v H & G (2013) Extraordinary case in the Isle of Man in which the Island’s Attorney General and the Deputy Assessor of Taxation (whom I represented) were themselves prosecuted for alleged offences of perverting the course of justice.